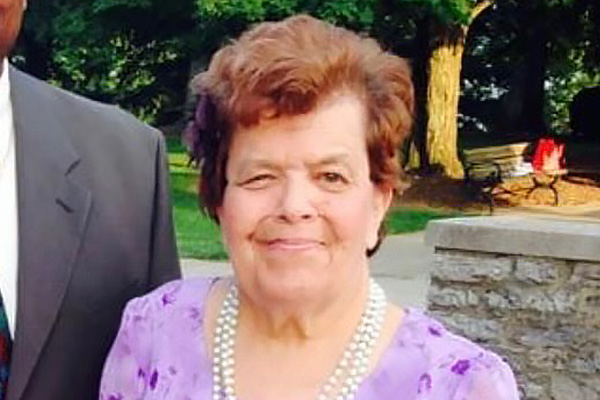 Linda was one of the first people I met when I started at LADD in the fall of 2011. David Robinson, the Executive Director at the time, met me at Geier on a whirlwind tour of LADD. We walked into the apartment building together. I was trying to take it all in. There was the hum of activity and routine. A sense that life was busy happening around me. My mind was buzzing, how could I add value? What did people we support need and want? Then Linda floated into the common room. One look at David and she was by his side, hugging him like family. And David, who it was clear was not a hugger even in my short time knowing him, immediately softened. David introduced me. Linda shook my hand softly and informally and said simply, “David saved my life.” David responded with conviction, “No Linda. You saved your life. I may have helped a little bit, but you are the one that made it happen.”

And so I learned, Linda Walters was LADD. She defined who we were as an organization and who we aspire to be. Linda, at least with me, did not offer up information about her past. She defiantly lived in the moment, even in her final years. Perhaps this was just Linda, until she met David, her past wasn’t really something that seemed like it was worth remembering. She shared with me in one moment, several years ago, that she “grew up in Orient.” Orient was Ohio’s largest, state-run institution. It was closed in the 70s and upgraded to a prison. Orient by all accounts was where nightmares were made. Linda’s life journey – one surrounded by those she loved and people that loved her – is even more remarkable given her past. Linda had every reason to retreat from life, she lost her father as a child and her mother at 30. She was institutionalized and locked away from society witnessing horrors and being abused herself. But Linda, her courageous, gritty, gentle self, did not retreat. Instead, she chose love. And, she chose her own path, not one defined for her, but BY her. Linda was groundbreaking in her life choices.

However, that was not what she set out to do. Instead, her mother, in one of her final acts, took her out of Orient. David Robinson and others assisted Linda in moving to LADD. Linda started putting a life together, one free of fear and structured around her goals and desires. One day, while at work, Linda met David Walters. They were, as David shares, instantly smitten. Linda forged ahead with the relationship. Concerns were raised — David and she had developmental disabilities, there was a 20 year age difference and Linda was white and David Black in a time when interracial couples were often not accepted. Linda didn’t care. She and David were in love. They moved in and lived together for years. Then, long-before Beyonce’s eponymous feminist anthem declared, “put a ring on it,” Linda did just that. She proposed to David. In 1995, Linda and David were married. And thus was the start of what would be a 22 year marriage.

When I met Linda, she was older and soft-spoken. In the later years, she struggled with memory. But, to build the life Linda did with the challenges that were before her, is not for the faint of heart. Linda was fierce. She was strong. She was ahead of her time. She will be missed – most especially by her husband, David.

So, today, we remember a woman whose gentle spirit and soft demeanor instantly calmed those around her, but at the same time had a fire that could not be distinguished. Linda’s life is a testament to why LADD exists. She is a testament to ALL OF US on how to live a life — she was not defined by her past — and frankly no one would question her if she was, her past was so riddled with trauma. Instead, Linda demonstrated courage that most of us aspire to but don’t always achieve – and she chose love, commitment, and joy. In doing so, she made all our lives better. In the end, Linda taught me we all just need to be given a chance to lead our own lives on our own terms. LADD provides the platform — in essence, we build the stage or the structure on which people lead their life. And Linda, well, she stepped onto the stage without hesitation and was most definitely the lead.