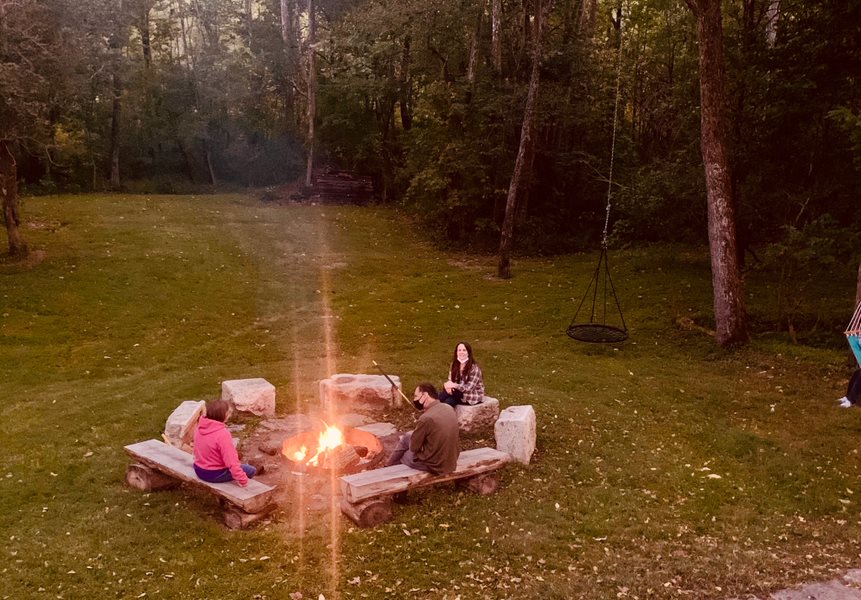 “Silly, spectacular and safe!” That’s how a recent LADD camping trip was described after a weekend of exploring the great outdoors, disconnecting from the rest of the world and reconnecting with friends.

The Independent Resident Council (IRC), led by people supported by LADD, organized the wilderness adventures as safe outings to end a summer unlike any other.

“I had the time of my life,” said Kathleen Sheil, who went on one of three camping trips. “I enjoyed just being outside and being with my friends from my house.”

Nature walks turned into journeys of discovery as John identified plant species and found animal bones in a creek. In the background of Kathleen’s elaborate ghost story, the bonfire crackled and s’mores were roasted.

Brian built rock cairns while Daniel and Patrick, a lead direct support professional and IRC coordinator, caught crawfish. And when campers weren’t hiking, fishing or sitting around the fire, the groups played charades and giant Jenga. 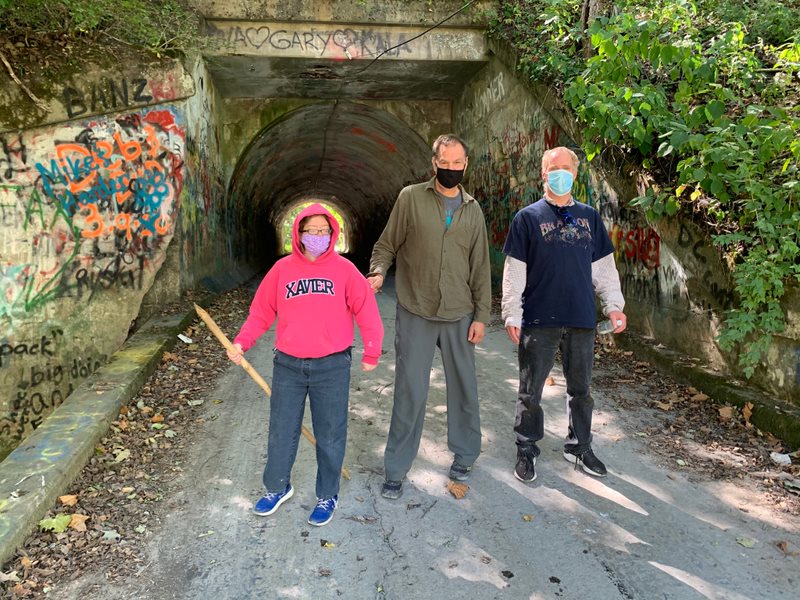 “A great time was had by all on our camping trips,” said Amy Krieg, a lead direct support professional who helped organize the trips. “We’re so grateful for the time spent outdoors with everyone.”

Masks and social distancing were maintained during the trips with four to six campers each, many of which were from the same household.

On the final trip, a flag was completed with art from each group, a fun way to come together even when apart. 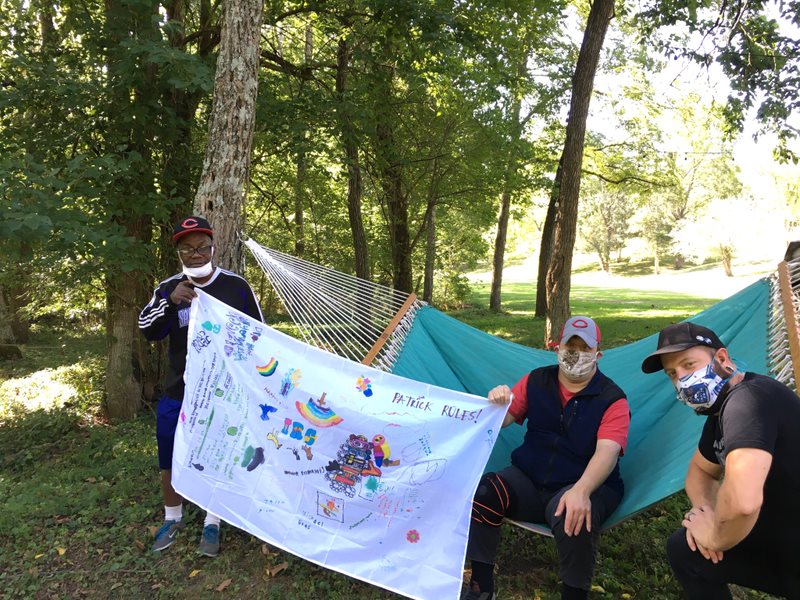 View more photos of the trips below, and join virtual Independent Residents Council meetings at 5 p.m. on Wednesdays.

Building community, independence and a ‘Forever, Home’ in Blue Ash

A summer of growth: cultivating health and wellness through gardening